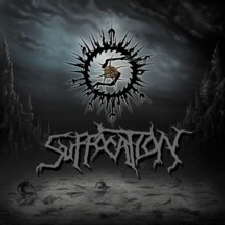 Joining the long list of many bands that have made a comeback in recent years is New York (U.S.A.) seminal tech death metal outfit, Suffocation. After a six year hiatus, they returned with 2004's Souls To Deny, that whilst brutal, didn't quite deliver to the level that diehards expected, especially considering the highly regarded status of 1991's Effigy Of The Forgotten and1995's Pierced From Within. That is now a mere blip on the radar of Suffocation history as vocalist Frank Mullen, guitarists Terrance Hobbs and Guy Marchais, bassist Derek Boyer and drummer Mike Smith unleash their finest work in over a decade.

Serving little purpose, the brief guitar effects based intro Oblivion winds things up for the ferocious attack of riffery and bludgeoning drums that is Abomination Reborn which quickly reaffirms Suffocation's stance amongst the best of the extreme death metal bands out there. The slower, melodic lead passage mid way through is the icing on the cake and oh so sweet. The gentle intro of Redemption soon becomes another brutal assault of blasting drums with no shortage of trademark Suffocation-isms. But on an album that contains ten outstanding tracks, the distinction that allows one to stand out above all as the highlight becomes smaller and smaller, and Bind Torture Kill with its driving riffs, punishing time changes and guttural vocals manages to get across the line first to take the honours.

By this stage, the quality of material on Suffocation's latest opus is obvious and the likes of the stomping Misconceived, the driving complexities of Translucent Patterns Of Delirium and Creed Of The Infidel, do nothing to make that a point of contention. The mostly slower Regret eases things off on the aggro-meter although it is as heavy as you'd expect from Suffocation whilst the ripping (pardon the pun) Entrails Of You and the equally attacking The End Of Ends bring back the furious assault that we come to know and love from these New Yorkers. The album is rounded out with a re-recording of Prelude To Repulsion (which originally appeared on 1992's Breeding The Spawn) with its classic sounding death metal runs sounding better than ever as it brings the album to a crushing finale.

Old school fans will argue hammer and tong as to their favourite Suffocation album with the aforementioned Effigy Of The Forgotten and Pierced From Within being the two at the pointy end of that discussion. Well, there's a new kid on the block now and without doubt, Suffocation's self titled 2006 effort can be added to the cauldron of debate making it a three way tussle. For some, this one may well be your new favourite Suffocation album. For the rest of us, there's no doubt that this legendary death metal act can still deliver the goods, and that in itself, is good enough for me.