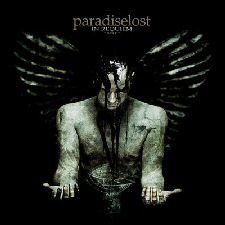 Pulling out all the stops and delivering the goods

When Yorkshire based act Paradise Lost released their self-titled debut in 1990, they were at the forefront of the growing U.K. doom/melodic death metal scene alongside well-known groups such as Anathema and My Dying Bride. For the next five years, Paradise Lost continued to garnish huge critical acclaim (Not to mention a following), with their ensuing releases in Gothic (1991), Shades Of God (1992), Icon (1993) and Draconian Times (1995) all hailed as masterpieces (And in some cases, classics) from all quarters. But for all the success the band were enjoying, the want for progression was stronger still, with 1999's Host signalling a move away from band's metal roots, instead replacing them with gothic/rock influences with keyboards playing a greater role in the band's sound. While the album helped the band reach a wider audience, it also polarized long-time fans that felt betrayed with the radical change of direction from four years prior.

Although 2001's Believe In Nothing and 2002's Symbol Of Life were strong releases, it wasn't until the release of 2005's Paradise Lost that many noticed the band's slight return to a heavier guitar orientated sound, and helped restore some of the diehard's lost faith. Now signed to Century Media Records (After languishing on B.M.G.'s offshoot label G.U.N. Records), Paradise Lost (Who comprise of vocalist Nick Holmes, lead guitarist/keyboardist Gregor Mackintosh, rhythm guitarist Aaron Aedy, bassist Stephen Edmondson and drummer Jeff Singer) return with their eleventh album In Requiem; an album which indeed delivers on the promise of their former effort.

With a suitably dark introduction, Never For The Damned is quick to announce a rejuvenated Paradise Lost, with Holmes' half growled/clean vocals and Mackintosh's crunching guitar sounding heavier and more aggressive than anything the band have offered in years, while the single The Enemy (Featuring Leah Randi and Heather Thompson of Tapping The Vein on backing vocals, and who also help out on Praise Lamented Shade) and Requiem maintain the heavy charge of the opener, all the while keeping the melodic aspect of the band's sound that's been a strong characteristic of latter day Paradise Lost releases.

The consistency and balance of the band's return to a heavier sound with melodic gothic rock overtones continues with the driving anthem Ash & Debris, the doom flavoured Prelude To Descent and the slower paced Sedative God, but it's on Fallen Children, Beneath Black Skies and the epic Your Own Reality that Paradise Lost really master the best of both worlds, with the instrumentation and melodies combined perfectly to make a lasting impression long after the album has finished. On the limited edition version of the album, Paradise Lost have also included a cover of Everything But The Girl's 1994 hit Missing (A track that could have easily found a place on Host) and the otherwise solid (But hardly essential) and heavier sounding Silent In Heart.

After languishing in metal's underground for the better part of five years (Not that the band's releases were without merit, but they were certainly overlooked by many), Paradise Lost found some much needed inspiration, and showed some genuine promise of a full fledged return to former glory on 2005's self titled release. Needless to say, Paradise Lost have well and truly announced their return with In Requiem.