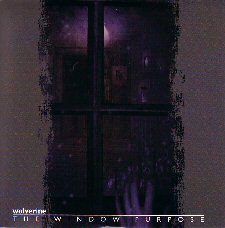 Sweden's Wolverine are a progressive melodic death metal band. Another Swedish melodic death metal band I hear you say? Fear not, as with bands like Dark Tranquillity, it's obvious that these guys have something unique to offer. If the truth be known, there's a little more melodic and a little less death on this release but I'll be damned if that doesn't make for interesting listening. The release order is a little out of sync with The Window Purpose actually being the bands second release which was originally came out in 2002 on DVS Records. The first official release recorded for Earache's sub-label Elitist Records was 2003's Cold Light Of Monday. So let's take a step back in time shall we?

In 1995 when Wolverine formed as a more straight forward death metal band, it would be four years until their first release would see the light of day. By that time, they had moved into the realm of progressive melodic death metal with Fervent Dream which was released on the Zizania label (with a re-release in 2001 on Emerald Factory). With a couple of line-up changes (Carl-Henrik Landegren was replaced by Per Broddesson on guitar and new bassist Thomas Jansson joined as Stefan Zell decided to focus on vocals only), the band signed with DVS Records and in July 2001, they recorded their debut full length album, The Window Purpose.

As the cold winds blow mixed with a sombre monologue and soft keyboards, the stage is truly set for something special with the opening short track The End. It moves quickly into My Room and its instantly identifiable progressive and melodic influences. The sound is full as the track takes you into the dark world that is Wolverine. With a mix of tempo changes, keyboards, guitars and vocals ranging from a solid vocal performance through to the growl that the group started with several years before this recording was done, The Window Purpose has it all - melody (on His Cold Touch), aggression (on Towards Loss), progressive rock (on The Storm Inside) and an amazingly effective break with the instrumental Release.

This is a diverse album that sees a multitude of influences put to the test to push and possibly redefine the boundaries that constitute metal. It won't be for everyone - nothing ever is. This album is full of surprises (check out the closing track Again!) with changes out of left field taking the listener by surprise at times. If straight forward non-eventful melodic death metal is what you are looking, then this album is not really for you although maybe a bit of a listen at your local record store might change your mind after hearing a couple of tracks. For those who can imagine a cocktail of progressive, melodic and death metal, this is an album that demands your immediate attention.