Past In Different Ways 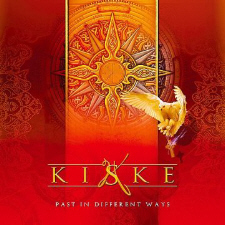 Former Helloween vocalist returns with a mixed bag of tricks

In the fifteen years since his split with German power metal act Helloween back in 1993, vocalist Michael Kiske's scattered solo career has been dogged with continual controversy. Rather than take his career to the next step, Kiske decided to turn his back on the metal scene, and instead attempted to forge a career which veered more towards the pop rock side of things with his solo efforts, and his groups SupaRed and Place Vendome.

Despite some guest appearances throughout the years on various metal releases (Most notably on Avantasia's 2008 release 'The Scarecrow'), Kiske has remained determined to reinvent himself beyond the realms of the metal genre. And as expected, Kiske's latest effort Past In Different Ways is anything but metallic.

Interestingly enough, Past In Different Ways (Which is the follow up to Kiske's poorly received Kiske effort from 2006) sees the German vocalist revisit his metal past. But as the title suggests, for Kiske, this isn't a full return to his metal roots, but rather reworked/alternate acoustic versions of Helloween classics that initially brought Kiske into prominence all those years ago.

With the same line-up that appeared on his last solo outing (Who comprise of guitarist Sandro Giampietro, bassist Fontaine Burnett and drummer Karsten Nagel), Kiske opens up the set with the classic You Always Walk Alone, which more than stands up in the acoustic format. Its evident Kiske has lost none of his amazing vocal prowess, hitting all the high with comfortable ease, while the arrangement retains the vibrancy of the original.

Both We Got The Right and A Little Time are evidently a little slower and more laid back than the originals, which give the songs a maturity that wasn't evident before, while Your Turn remains true to the original. The real stand out tracks on this album however are the songs that appeared on Helloween's two less acclaimed releases, namely 1991's Pink Bubbles Go Ape and 1993's Chameleon. Both I Believe and Longing are given a totally new lease of life within their new format, with Kiske's vocals really standing out against the gentle strings and acoustic backing, while the musical backing within Kids Of The Century (Especially the solo) sounds exceptional. Another notable mention is When The Sinner, which sounds every bit as much fun as the original.

Finishing up the album is Different Ways, which is the sole new track on the album, and a passable effort that's saved purely for its interesting accordion/folk musical arrangements. While some will no doubt view Past In Different Ways as a shameless cash in, it has to be said that Kiske has managed to shine a new light on some old classics, without compromising on his recent musical direction and beliefs. Overall, this is a solid album, and will appeal to those with an open mind (And a love of acoustic rock). If on the other hand you're a staunch Helloween fan that despises everything the band produced after 1998 (Keeper Of The Seven Keys Part II), I would suggest you pretend this album never existed.