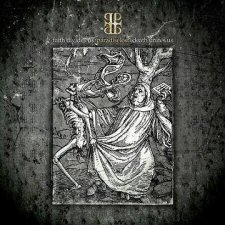 It is this album that unites us

It is no mere accident that the name Paradise Lost is synonymous with the doom genre. Not only are they one of only a couple of bands that were responsible for pioneering the death/doom genre back in the early 90’s, but they were also responsible for a consecutive string of albums that were simply unparalleled at the time and still stand up some 20 odd years later. After their breakthrough album, Gothic, Paradise Lost’s sound steadily morphed and changed over the course of their next few albums, ultimately culminating in their 1995 masterpiece Draconian Times, which not only saw the band venturing heavily into more rock oriented territory and laying the foundations for the second half of their career, but is also notable on a personal level as it marked the last Paradise Lost album that I would truly enjoy for 15 years.

After having followed a more gothic rock/metal route for such a long time post Draconian Times, the prospect of hearing Paradise Lost make an album more in line with their early to mid career works was intriguing to say the least and, much to my surprise, Faith Divides Us - Death Unites Us is an album that does just that, featuring healthy nods to Draconian Times that could easily lead to you think that it’s a follow-up release and the last decade or so of the band’s recorded history never really happened.

The thing about Paradise Lost is that when they are firing on all cylinders they demonstrate exactly why they have been revered for as long as they have and those cylinders are definitely firing in unison here on Faith Divides Us. The seamless mixture of the melancholic with a steady and watchful eye on crafting something equally sweeping and grandiose is something that has always been high on the band’s agenda and this trait has returned to the fore with an added sense of determination and drive. There is real attention to detail here when it comes to the way the album sounds and the way the songs work both individually and as a whole and the end result is something that is truly memorable with large thanks going directly to vocalist Nick Holmes, who sounds fresh, rejuvenated and focussed, and to lead guitarist Gregor Mackintosh, with his ability to wring incredible amounts of emotion from each and every melody he brings to the table.

In spite of all these positive attributes, it would be disingenuous to claim that Faith Divides Us is truly the equal of Draconian Times because the song writing does fall just a little short of that particular benchmark but, conversely, Faith Divides Us is arguably a better rounded album featuring 10 consistently good tracks without a dud to be found amongst them whether they happen to lie squarely within the context of Draconian Times era material or within the context of the band’s more contemporary, gothic rock styled material which does still make a handful of appearances. No it doesn’t fully hit the mark but it’s oh so close.

With Draconian Times still one of my favourite albums 15 years after its release, the return of Paradise Lost to a similar sound and style is a more than welcome one and while Faith Divides Us may not be able to completely match it’s predecessor’s brilliance it is easily the strongest material to come from Paradise Lost since that time.