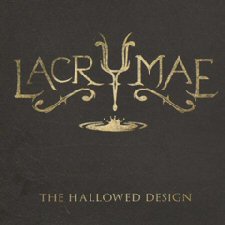 A classic, in every sense of the word!

Exactly what are they putting in the water over there in Perth? Karnivool, Birds of Tokyo, Voyager, Dyscord et al, now these guys. The WA capital's contribution to Aussie Heavy music has far outweighed its smaller population in recent times, and its reputation grows by the year. Is it the isolation or the balmy Indian air over there? Who knows, but we the listeners are reaping the rewards big time (those open minded enough to give them a chance, anyway).

And the diversity is astounding as well. Lacrymae sound absolutely nothing like the aforementioned bands, with Voyager being the closest, stylistically. Even then, while Voyager proudly bring the pop to the Metal, this six piece take a far darker, more dramatic and intense, and more classically influenced approach. And they do it marvellously well. The powerful Wagner and Paginini inspired  soundscapes send shivers down your spine, and the vocals of the Piscitelli brothers soar to the very heavens. It's heady stuff, and could appeal to everyone from fans of Yngwie Malmsteen, Nightwish and Sonata Arctica to people who love dramatic movie soundtracks and the Classical composers.

There's absolutely no weak links in the songs either, with every piece seemingly constructed and executed with jaw dropping skill. There are only five tracks, which is an EP for most bands, but for these guys it's an epic musical journey, and one to be savoured. These guys simply don't hold back, they let it all out, not afraid to get brutal and aggressive (for example during 'Theorum'), whilst remaining unflinchingly melodic and inspiring. Favourite track at this point would have to be 'Handel's Apocalypse', with its stop start riffing and truly majestic vocals. Its title sums the band up as well: this is classical music to nuke cities to. I'd love to hear these guys play live with the Melbourne Symphony Orchestra and a multi-voice choir. It would be truly spectacular.

Alas and alack, we'll probably be denied the opportunity to experience this, as I'm sure budgetary constraints will prevent them from committing to such an undertaking. Of course, if Aussie Metal fans actually got off their arses and supported these quality acts, it may be a different story. (sighs)

Go out and buy this now. Or download it, legally. It's astounding (and Australian).