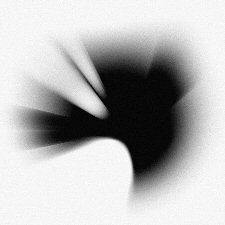 I need to set the record straight from here on in. I like Linkin Park’s debut, Hybrid Theory and I still enjoy spinning that album a decade later. Their sophomore effort, 2003’s Meteora was very much the same formula but doesn’t have the appeal of its predecessor. I really don’t recall Minutes To Midnight (from 2007) but I do remember reviewing vocalist Chester Bennington’s other band (Dead By Sunrise) release late last year. In doing so, I was underwhelmed and found myself wishing for a new Linkin Park album. Well, that time has arrived and boy are those words gonna bite me squarely on the arse.

Over the course of the first three studio albums, Linkin Park’s formula became apparent and although what I can remember of Minutes to Midnight as showing some kind of subtle departure from the one dimensional box the band put themselves in, I don’t think anyone could be prepared for A Thousand Suns. Fifteen tracks, 48 minutes and no real flow to the album. In fact, it feels incomplete or like some thrown together collection of “stuff”. One could almost say that it feels like what a mega selling band can do given the money, the time and the tools and really, it’ll sell based on their name alone regardless of just how much of pile of stinking turd it might be. Yes, one could say that.

But petty comments aside, there is nothing memorable about A Thousand Suns. There is no standout track. The songs lack hooks, riffs, melody - you know, the basics of what makes something stick in your head. The whole album is bland, sterile and flat out boring for the most part. I say ‘for the most part’ because here and there, some parts are ok. The gentle flow of Robot Boy is nice enough and the sparse Waiting For The End has its moments too. But really, that’s about it and it’s even sadder to say that those couple of high points, really aren’t that high in the grand scheme of things.