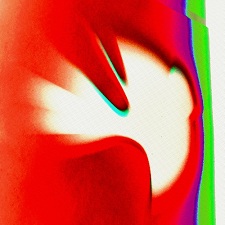 Yeah, but… does it deserve a reissue?

If you’re reading this, you’ve probably already seen my review of Linkin Park’s most recent long player – 2010’s A Thousand Suns. Whilst it is a review, it’s more of a savage dissection really of what comes across as directionless album with little that is memorable after countless listens. So, it strikes me as odd why Warner thought it would be worthwhile reissuing the album just for the sake of a bonus live DVD? I mean, sure, it’s totally new content that amounts to more than just one or two bonus tracks or new artwork or some other thinly veiled excuse for a cash grab. But surely this album wasn’t widely enough received to justify a reissue a mere six or so months after first being released and after the band have already toured our fine shores in support of said album?

Confused, I am. Perhaps it is just me. I don’t know. I kind of see more merit in this live concert – filmed in Puerta de Alcala Gate, Madrid (Spain) on November 7 2010 – in standing on its own as a live release (containing a DVD and CD of the show) rather than being simply tacked onto a reissue. It still kind of cheapens it for fans who have to buy the album again just to get this, and for this particular reviewer, it shouldn’t come as a shock that I certainly would not want to own A Thousand Suns twice.

So, my rant against reissues aside, I won’t be listening to the original album again. Check out the fine pages of this website if you really want to know my thoughts A Thousand Suns. I’ll focus on the real meat and potatoes of this release. The show in Madrid was recorded for MTV and watching the DVD, it really does feel that it was filmed for a TV audience rather than the spirit of capturing a band live.

I had to double take when Mike Shinoda started the show. He looked like he’d be more in place with Panic At The Disco than fronting Linkin. Anyways, like I was saying, the feel of the show feels more like a big TV production thanks to the number of “sweeping” camera moves. They are kind of like what you’d get watching a music awards show. You know how it is – tonnes of cameras that sweep and pan from every conceivable angle. Visually, the show is presented in widescreen and although it is in NTSC format for our PAL country, the vision is clear and crisp with those previously mentioned multitude of cameras capturing every aspect of Linkin Park live. You should expect nothing less in these days of high definition everything and large TV screens in the home. The Dolby Digital 5.1 surround mix is well balanced from vocals to guitars to samples to bass to drums, and also the amount of crowd noise that exists within the mix.

The band’s performance is solid, although their energy doesn’t appear all that overwhelming on stage for much of the time. The crowd though are going nuts even when the new material is played. In fact, around 60% of A Thousand Suns is played during the show amongst crowd favourites such as Papercut, New Divide, Numb and A Place for My Head. But don’t be thinking you’re getting the entire performance. Oh no, and here’s the next thing I’m going to bitch about. Here we are with a reissue that contains a bonus DVD which is one thing. Now, there’s also a “digital deluxe album” that features another six bonus live tracks from the same performance. So even after you think you’ve got the best version with this bonus DVD, a better version has also been released. C’mon, now. Seriously, and people wonder why people are buying less music when you give so many options? Perhaps that should read “too many options”. Sheesh.

As a live DVD, A Thousand Suns+Live In Madrid would be a valued addition to any Linkin Park fan’s collection. It’s a solid sounding and good looking DVD, and it comes with the audio component of the live show as 192kbps MP3s as well which is a nice bonus for those who want to take the show with them on their portable music devices. I just think that this reissue is too soon and with not one but two reissue versions available with one containing more material than the others, it reeks even more of a cash grab. Caveat emptor indeed.