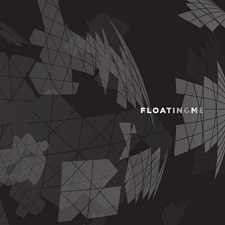 A truly outstanding debut from this all-star group

Back in the early ‘90’s, Sydney based outfit Scary Mother were on the verge of big things. Their debut album Tai Laeo (1994) was an amazing release, and an album that I considered to be one of the Australian metal/hard rock scenes overlooked classics. But despite the album’s success, and the band’s growing reputation as a live act, Scary Mother broke up soon after - never to be heard of again.

Throughout the years, I’ve often wondered what became of the various members within the group. So you can imagine my surprise to find an unassuming album some years later from a virtually unknown act called Floating Me, that not only features members of the almighty Scary Mother, but also some other well known names from Australia’s current progressive rock scene.

Founded in 2009, Floating Me boasts in their ranks three fifths of Scary Mother (vocalist Andrew Gillespie, guitarist Antony Brown and keyboardist Tobias Messiter), as well as Karnivool bassist Jon Stockman and ex-Cog/Ezekiel Ox and the Fury drummer Lucius Borich. With such a promising line-up in place, my expectations for Floating Me’s self-titled album were really quite high to say the least. And in terms of musical direction, I tried to picture what a blend of Cog, Karivool and Scary Mother might sound like.

While I may have been way off the mark in terms of my predicted musical approach from Floating Me, I will attest that the band have exceeded any hopes I might have had for a fairly impressive debut effort.

Floating Me opt to open up the album in a rather slow and dark way, with the gradual build of Deathless perfectly showcasing Gillespie’s deep and commanding vocal presence (which in some ways brings to mind Jeff Martin of The Tea Party), and the band’s ability to craft a tapestry that is densely layered with heavier elements and haunting atmospherics.

The follow-up track Narke is something completely different in both feel and sound, with the use of keyboards, programmed electronic sounds and big guitar riffs combined to give the song a modern progressive hard rock sound, without forsaking the strange haunting vibe that is projected through Gillespie’s presence out front.

The album’s first single/promotional video clip Sugar is by far the most accessible, melodic and straight forward song from the album, and is sure to become a favourite of most listeners on the live front, while Spirals and Breaking to Breathe are similar in nature in terms of being more straight forward and heavy rocking sounding efforts, albeit with a little reworking in the studio with some effects and sound manipulation.

Piano sees the band exploring quieter territory initially, before finishing off the song in a heavier fashion when the band gradually switches to full-on mode, while Gillespie takes on the central role on the stripped back Xtoto, and with the help of vocalist Carla Werner, the emotive Short Cuts to Feeling.

The electronic and percussion driven Bezhumous is an interesting detour into the unexpected, but an experiment that works nonetheless, while the acoustic driven The Beautiful Fall stands out with its stunning melodies, and its somewhat brighter outlook in what is otherwise a dark album.

Finishing off the album is the lengthy epic Across the Gulf, which boasts some exceptional guitar work from Brown, a powerhouse performance from Gillespie and some equally mesmerising soundscapes courtesy of Messiter.

I expected great things from Floating Me given their line-up, and I wasn’t let down at all. Floating Me’s debut is nothing short of stunning, and hands down one of the best releases from an Australian act this year. In simple terms, this album is an absolute must have for diehard fans of those involved.