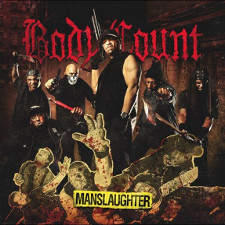 In 1992, no one saw Body Count coming. Their debut album, originally called Cop Killer and soon after re-titled as simply Body Count, was the centre of a shitstorm thanks to the album’s most controversial track (“Cop Killer”) which was one of two removed after the material’s confronting lyrical content caused outrage throughout various institutions and went as high as the White House to then President George Bush making comment against the track. What was lost on those outspoken against the track, the band and front-man Ice-T was the colourful lyrics that told a story, albeit in a confronting, aggressive manner, that dealt with real life issues of the time – racism, gang violence, and police brutality, amongst other things. Underneath the gritty, in your face lyrics was a social commentary reflective of the time. For all the hoo-hah about the actual words, the intent and true nature of what they were about was lost on the band’s vocal critics.

In fairness though, as much as some of Body Count’s material was rooted in the issues of the day, there was plenty that was just good ol’ fun, tongue planted firmly in cheek story telling that brought an element of humour back to metal and rock. That should be of no surprise when you look at the split nature of Ice-T’s rap catalogue of truth versus fantasy story telling. The band’s sophomore effort took a more serious turn. 1994’s Born Dead left a lot, if not almost all of the humour, in the past, to its detriment. By the time 1997’s Violent Demise: The Last Days was released, the band’s humour had returned, but interest had waned in the band considerably even though the album contains some of the band’s most mature material in places. It would be another nine years before the forgettable Murder 4 Hire would see the light of day in 2006. Poor production was not the album’s only problem. The songs were what you’d expect from a third rate copy band lacking direction and the street smart, storytelling lyrics that Ice-T is recognised for.

In 2014, no one saw Body Count returning. Thankfully, this return is a true return to form for the band. The humour, the lyrics, the social commentary, it’s all there, along with simple yet infectious riffs and rhythms. This is the Body Count that everyone loved 22 years ago. Whilst Ice-T’s raps might have been overflowing with sharp wit wrapped in clever and colourful rhymes, with Body Count, it’s about fun. From the album’s lead single which opens the album, the gently titled “Talk Shit, Get Shot”, it’s on straight away. This is Body Count in full flight back with a vengeance. The lead track is infectious and will surely turn heads with its straight forward lyrics and hard rock groove.

Album number five, titled Manslaughter, is Body Count’s mix of storytelling and social commentary for the now.  If it’s not the band’s rocked up version of Ice-T’s original rap, “99 Problems” (which originally featured 2-Live Crew’s Brother Marquis back on Ice-T’s 1993 Home Invasion album), then it’s the “Voodoo” (from 1992’s Body Count) revisited track titled “Black Voodoo Sex” that up the humour value here. That’s without the blistering cover of the classic Suicidal Tendencies track, “Institutionalized” which has been re-imagined for 2014. Ice-T isn’t in need “just one Pepsi” as the original is fondly remember for. No. In 2014, it’s about vegans criticising what non-vegans eat, lost passwords and technical support, and wives that think their husbands play too much Xbox. It’s an energetic track with a very pissed off, on the brink sounding Ice-T spitting lyrics hard and fast.

But perhaps the biggest social commentary on the album is “Pop Bubble” which features Hatebreed vocalist Jamey Jasta. It deals with how music was once edgy and pushed the boundaries, dealt with real issues and how it is now more concerned with faux stars and celebrities than reality and anything of true substance. This, along with “I Will Always Love You” (which isn’t a cover of the Whitney Houston hit), are the albums most honest social criticisms in amongst the humour.

In your face, on your case, no matter how you look at it, Body Count has returned with their special take on hard rock. Larger than life, Ice-T and Co. has delivered a strong album that of course won’t be for everyone. It’s not a perfect album either. There’s still some cringe worthy moments here and there. It’ll turn heads and get people talking. Maybe it’ll even get some to think. Either way, this is Body Count and Manslaughter is their statement. Like it or not, Body Count are back, motherfucker. That’s right. 2014 and BC’s back in the house. Recognise.