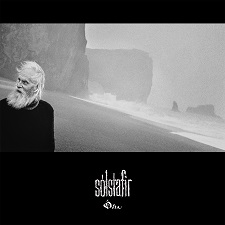 About as close to essential listening as it gets

While the last handful of years or so since the release of what is arguably their breakthrough album, Svartir Sandar, don’t betray it, Iceland’s purveyors of dreamy and atmospheric post-rock with a blackened tinge, Sólstafir, actually began their career as a much more straightforward Viking/black metal act back in the mid ‘90s (though it wouldn’t be until 2002 that they released their debut full-length album).

Those days are well behind Sólstafir, however, as with each new album they move further and further away from black metal and share progressively more in common with countrymen Sigur Rós than they do their early sound. The band’s latest release, Ótta, sees Sólstafir moving even further away by practically abandoning all obvious black metal influences entirely while also addressing the only major complaint I really had with their previous album - the daunting length of its double-disc running time.

If there’s one thing that Sólstafir knows how to do really well, it’s create an atmosphere, and Ótta is positively brimming with it from start to finish in a much more laid back and emotive way than its predecessor was. Whether it be the swirling strings and delicate piano of “Miðaftann”, the upbeat, rollicking hard rock of “Miðdegi”, or the slow build and eventual release of the post-rock styled and banjo-driven titular track, Ótta is an album not only bursting with personality but is also an album that is layered quite densely - a fact that will only truly become apparent as you spend time digesting its deceptively simple outward-facing facade.

Perhaps the greatest triumph of Ótta is how well Sólstafir have been able to bring together eight songs that each appear to share an underlying thematic and perhaps even emotional thread but that also can vary quite considerably from a musical perspective. There is an abundance of temporal and textural qualities at work throughout the album that, had they not been so lovingly nurtured and cultivated, very likely could have run the risk of falling in an incoherent heap but, in this instance, all fit together neatly, like pieces of a beautiful and complex puzzle.

Undoubtedly the tracks’ core musical composition is an inextricably important aspect in the album’s aforementioned success, but it should also be said that the vocals of Aðalbjörn Tryggvason are arguably what elevates them to the lofty heights that they soar on Ótta. While I really enjoyed Tryggvason’s efforts on Svartir Sandar, his performance on Ótta is nothing short of spectacular, with a range that effortlessly shifts between soft and melodic, to loud and shouty (and melodic), with many pit stops in between. His range is important from a purely aesthetic perspective, of course, but the real importance comes from its ability to shift and compliment the equally shifting emotional compass of the music itself. Obviously vocalists matching their vocals to the underlying themes of a song is far from being a unique thing, but the interplay between the music and the vocals on Ótta really is something to behold.

Even though the sound of Sólstafir refuses to remain static, there is an instantly recognisable familiarity that runs through each iteration of the band’s music that is both exciting and even rather comforting in its own way. These underlying and intrinsic qualities are ever present in this instance as well - and they’re most definitely as welcome as always - but it’s the band’s free and unreserved exploration of sombre and complex moods that truly makes Ótta the intriguing and captivating listening experience that it is.

In an age when far too many albums outstay their welcome by being overlong and poorly edited, Ótta manages to find the rare sweet spot of near perfect album running time through a collection of songs whose sometimes considerable length serves a legitimate and essential narrative purpose rather than simply acting as a way to pad out the duration of the album. Is the album itself the definition of perfection? I’d say not, but it’s only because of minor nitpicking (and the fact that I don’t believe any album truly meets that criteria) and not through some catastrophic flaw in its construction or presentation. No, I’d say that Ótta is about as close to essential listening as it gets.