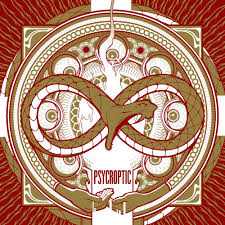 Tasmania’s technical death metal stalwarts Psycroptic have done an excellent job building a lengthy career playing a style of metal that often finds bands guilty of style of substance and technical wankery taking focus over actual songcraft and memorability. This has never been a major issue for one of Australia’s leading extreme metal exports, despite the notable handicap of peaking so early in their career. The peak I speak of is regarding their 2003 opus The Scepter of the Ancients- a tech-death masterwork in the post-millennium era, featuring the insane vocal talents of the sadly departed Matthew Chalk.

Not that Psycroptic have ever really missed a beat, releasing a steady stream of quality albums, even if the likes of Symbols of Failure and Ob (Servant) were a bit too clinical in my eyes. 2012’s The Inherited Repression found the band returning near the top of their game with a far catchier, groovier and still impressively technical offering. The formidable four-piece are back again, ready to make another statement through this invigorating self-titled album. Stylistically Psycroptic isn’t a drastic deviation or the kind of reinvention bands sometimes reserve for late career self-titled releases. Instead it’s a firm reminder of where Psycroptic stand well over a decade into a career of consistent high quality.

Psycroptic have long excelled in the art of riff craft and song-writing dynamics, two ingredients crucial to the band’s lasting relevance. And true to form Psycroptic is loaded with catchy riffs and a spidery progressiveness that seeps through their tight, complex foundation. The heavily groove-based edge from The Inherited Repression has been ramped up even further, lending the album its strong replay value and catchy, accessible streak. Song-writing variety is offered in spades, from the hardcore-tinged vocal fury and blasting of “Setting the Skies Ablaze” to the thrashing tech battery of “The World Discarded”, there’s no shortage of scattershot blasting, thrashy speed or dense technical riffs and grooves on display.

Joe Haley remains one of extreme metal’s most underrated and inventive guitarists, ripping out mind-bending leads and reaching deep into his bag of tricks to provide many of the album’s standout riffs and twisty turns. Unfortunately I still can’t get fully behind the vocals of Peppiatt. It mostly boils down to personal preference as the conviction and variety behind his delivery cannot be doubted. I just crave a more guttural, less core-ish death metal vocal to go with his thrashy barks and abrasive screams. The only other minor flaw is that inevitably the peaks of the album render some of the lesser song-writing moments as a tad unremarkable. For the most part however Psycroptic are firing on all cylinders and the album is a consistent blast across an efficient run time.

Psycroptic’s music remains as vibrant and reliably good as ever, showing the band still has plenty of creative juices flowing within their robust tank. Psycroptic might not quite rank as the band’s finest work, but it’s another inspired addition to an impressive legacy.