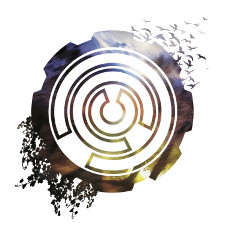 Yet another stunning release from abundant to overflowing Australian progressive rock scene. Arcane are a Brisbane based ‘side-project’ of Jim Grey, frontman for the incredible Caligula’s Horse, who could very well be Australia’s next international rock export. C-Horse tend to throw up ‘side-projects’ that are virtually just as good as the main band. And that’s saying something.

(Make sure you also check out Caligula’s Horse guitarist Zac Greensill’s side project Opus of a Machine, who released their superb debut album Simulacra last year)

I just don’t know how the band members involved fit it all in. These guys must eat, sleep and shit music. And we, the fans, are the ultimate beneficiaries.

Being that it’s the very recognisable voice of Grey, soothing, soulful and mesmerizingly powerful all at once, and that Arcane pursue a similar progressive rock sound, it’s hard not to draw comparisons between Arcane and Caligula’s Horse. But the way I see it, and when you throw Opus of a Machine into the mix as well, sometimes you simply can’t have too much of a good thing.

Known/Learned is a true musical odyssey. So much so, that it has taken a 16 track double album, of two hours in length, to fit it all in. This is obviously a band veritably bursting with musical and lyrical ideas and concepts. And everything works a treat.

It is a concept album of sorts. It may be better to say there is a theme and different characters running through it, rather than being an overt, specific storyline. There is a very distinct contrast between the first and second discs, the first being exhilarating, dynamic progressive rock, arguably best captured on “Selfsame”, although the 23 minute “Learned” is a truly epic way to close out the first disc.

The second disc is quieter, more reflective, more ambient, with just a few grandiose moments here and there (The superb “Nightingale’s Weave”, for example). And it’s just as enjoyable as the first disc in its own way, depending on what you are doing at the time.

In fact, this is just about the perfect ‘mood’ album. If you feel like complex but fist pumping prog rock then whack on the first disc. If you are just sitting, relaxing at the end of the day, chilling out reading, or the like then the second disc is perfect accompaniment. Even if you don’t like loud prog rock, get this album purely to enjoy the second suite.

Known/Learned is truly an album to lose yourself in, get swept away by, and is yet further proof of the sheer quality of the Aussie heavy alternative/prog scene (as if we needed it). Get hold of it now.