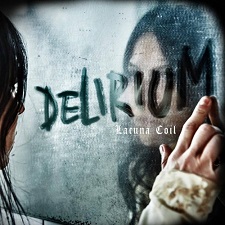 These Italian masters released their absolute classic album Comalies way back in ’02. That album, similar to Nightwish’s Once, is a true seminal moment in the development of the female fronted gothic metal phenomenon. Don’t get me wrong, their subsequent albums have been very strong and consistent, and have featured some excellent songs and performances. However, the band were starting to sound just a touch samey. They needed to avoid treading water, they needed to set off a bomb in their creative process to shake things up.

They haven’t just set off a bomb in their creative process, they have lobbed a fully armed nuclear warhead in there, and what they’ve come up with is quite simply explosive.

If a band more than 20 years into their career want to transform their sound, they can pretty much go in any direction they want. Lacuna Coil have made the absolute best decision they possibly could, they went heavy. Whilst Comalies is still probably their finest release on an overall basis, Delirium is undoubtedly the biggest, boldest, baddest and most hard-hitting statement of their careers. Check out slamming opener The House of Shame. It's inarguably the heaviest song of their career, and announces the intentions of this album in no uncertain terms.

All that said, this is absolutely no one-dimensional heavy album. Even the aforementioned The House of Shame features more ambient moments across its length and a magnificent chorus that rises majestically above the mayhem that surrounds it. The ambience, dynamics, symphonic feel and subtle use of electronica that they are known for are still there in all their glory. It’s just in a more blistering setting.

Then there is the luminous goddess known as Cristina Scabbia. This woman is approaching her mid-40s and her vocals are reaching even greater levels of pure glory. Check out her soaring work on the album’s incredible title track, it sends veritable shivers down the spine and a tingling through the bloodstream. She is aging like a fine, expensive Italian wine, and the melodic female/dirty male vocal tradeoff with Andrea Ferro, who is also in ridiculously fine fettle on this album (his deep throated bellows are starting to give Max Cavalera a run for his money), is working even better than ever.

The best way I can sum this album up in closing is ‘sensuous brutality’. It sounds like a contradiction in terms, but somehow they have pulled it off. Delirium is one of the albums of the year so far, and their best work since Comalies, no question.