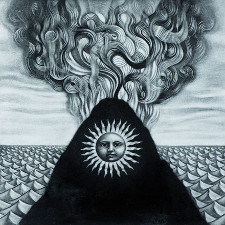 Many will say that I’m jaded, old, disconnected from “today’s metal” and a hater. To their credit, there’s some truth in some or all of those things. I’ll leave it for you to figure out. The simple fact is that not everything is awesome and sometimes it’s totally OK to have a differing opinion to the masses. There’s no doubt that plenty of bands have produced some stellar albums in their career, but it’s completely reasonable to call a spade a spade and view a band’s release or releases (in some cases) from the perspective that not all they do is golden.

To give it some perspective, I discovered French metal quartet Gojira after the release of the band’s excellent sophomore album The Link. That album was fresh, exciting and challenging on so many levels. A matter of a few months later, I never expected they would deliver what I still hold as one of the best metal albums of the noughties, 2005’s From Mars to Sirius. The band’s third long player set a new level of awesome as far as progressive death metal releases go.

There’s no doubt that From Mars to Sirius set the bar so ridiculously high that it would make it difficult for Gojira to even top let alone their peers. As eager as I was to see what would come next, 2008’s The Way of All Flesh never came close to topping From Mars to Sirius. It received a lot of press, made a few Top 10 lists for the year and charted stronger than its predecessor. It still, for me, lacked. Perhaps 2012’s follow up, L’Enfant Sauvage, would make up for it. It would perform better chart wise, make many more Top 10 lists for the year and generally see a whole new swag of nutswingers hail Gojira as one of the greatest acts in modern metal.

Now, I’m not one to dispute that claim. There’s no doubt they have had an impact on metal and put together some solid cuts along the way but I have to say that their last two long players had absolutely zero impact on me. Irrespective of the praise heaped upon them, they came nowhere near the brilliance of From Mars to Sirius. As they said in Stripes, that’s the fact, jack. Well, that’s my opinion anyways.

The biggest problem in my mind with those previous two albums was good ideas that were never followed through. It’s sadly a trend that has continued with Magma too, albeit to a lesser extent. See, Magma starts out so goddamn well with a 1-2-3 punch combo and leads you to a false sense of security - one that gives the same warm fuzzy feeling that came from the entire From Mars ... album. “The Shooting Star”, “Silvera” and “The Cell” are a well polished trio of tracks that work well individually and when grouped together. They are simple songs packed with solid ideas full of room to breathe, with the second cut in particular throwing back to the From Mars to Sirius era in particular. Ignoring the Korn like guitar effects of “Stranded”, it too works well and has a very memorable chorus to boot. That, however, is where it all ends.

Once the brief instrumental “Yellow Stone” kicks in, it manages to kill all momentum that the album has built up to this point. This song is the sonic equivalent of Iceman’s jetwash that causes Maverick’s fighter plane to enter a flat spin that it fails to recover from. To be fair, perhaps the only track that isn’t mind numbingly boring after this point is the title track. The rest serve up half arsed ideas that are never seen through to completion, interspersed with more than a few “what the” type moments. That’s without the rehashed ideas that appear at the start of a pair of tracks.

I want to like Magma. I really do. I still don’t rate the previous two albums to the n-th degree like others within the metal community do, and if my opinion of those albums is out of step with “the kids”, then I’m totally fine with that too. I suspect my opinion of the band’s latest album will also be out of kilter with the masses, too. Again, I’m ok with that. If only Gojira kept going with the consistency and strength of the first half of Magma, then perhaps this would be worthy of the praise I’ve seen heaped unto this album. But the fact is, the band didn’t, and ultimately this album falls short too. It starts strong then crashes and burns very, very quickly. Maybe I should treat this as an EP and just ignore the instrumental and track seven onwards. Then we’d be onto a real winner. But alas, it isn’t and I can’t do that. Maybe, hopefully, next time, Gojira.