...Of the Dark Light 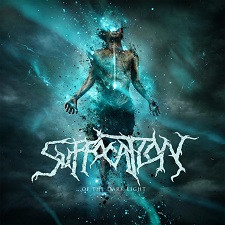 Approaching ...Of the Dark Light for the first time a couple of weeks or so ago, it occurred to me that it’s actually been quite a while since I’ve been really drawn to and hooked by a new Suffocation release. My first instinct was to say that the last one was 2006’s self-titled but, truthfully, it was probably their Despise the Sun EP from 1998 that most recently left a long-lasting impression.

It’s not that I haven’t enjoyed any of the band’s post-reformation output at all, but I can’t really say that much of it has stuck with me beyond maybe a handful of tracks, on average, from each of the albums. For all I know this cycle is of my own making and I may never be able to break it, but it bums me out all the same because I still have a lot of time for the long-running and highly influential act, even if the moments I hold most dear are largely some two decades past.

With album number eight, the first four tracks gave me good reason to believe that the cycle had finally been broken. These four songs are everything I want from Suffocation - heaviness, technicality, catchiness - and they're presented with the hunger and vitality you'd expect of a band half their age or less (which, to be fair, it almost is when you consider that only two original members, Frank Mullen and Terrance Hobbs, remain and drummer Eric Morotti and guitarist Charlie Errigo came on board last year).

The high points within these opening numbers are numerous, like the harmony-driven riff that leads into a killer double kick passage just before the 2-minute mark in “Clarity Through Deprivation”, the groovy as hell riff that dominates the middle of “The Warmth Within the Dark” (which is one of the best moments I’ve heard from Suffocation in years), or the dark and lumbering opening riff to “Your Last Breaths”. This is Suffocation doing what Suffocation does best, and it's as effective now as it's ever been.

Unfortunately, though, the highs that Suffocation achieve during those opening songs aren’t able to be sustained through what is a bit of a flabby and unremarkable middle and end. I’m not sure what it is about them exactly, but “The Violation”, “Of the Dark Light”, “Some Things Should be Left Alone”, and “Caught Between Two Worlds” just don’t resonate with me anywhere near as much as the preceding tracks do and kind of just pass by without leaving much of a mark. Nothing here is ever anything less than good, I should point out, but I think they can also be pretty safely described as being the embodiment of album tracks.

It will come as no great surprise to hear that all of the performances on ...Of the Dark Light are utterly top notch from start to finish, but I think special mention should be made of the contributions of recently recruited drummer Eric Morotti. While the drumming position has been a bit of a revolving door throughout Suffocation’s history, somehow they’ve always managed to find people who aren’t just highly talented drummers that bring their own flair, but people who also manage to merge that flair into a relatively consistent approach and sound as well. Morotti not only continues this tradition, but also makes his punishing performance a hugely important part of the overall package, much in the same way Doug Bohn’s rhythmic chops made Pierced from Within so memorable back in ‘95.

Ultimately I found ...Of the Dark Light to be a bit of a mixed bag with some truly great moments across its relatively svelte 35-minutes and roughly an equal amount of pretty good moments as well, but never any objectionable ones, thankfully. So, look, it’s unlikely that this album is going to rival the stronger works in the Suffocation canon once the dust has settled on it, but it’s far from an unworthy entry either. The cycle continues on, it would seem.