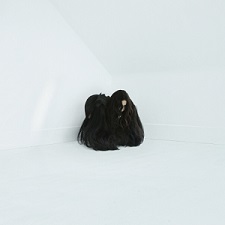 Ever since I got my hands on her Unknown Rooms acoustic album back in 2012, I’ve been a pretty big fan of Chelsea Wolfe. Of the many things that draw me to her as an artist, her unpredictability is very high on the list, but that can also be a cause for a little consternation in the leadup to hearing new material. Obviously there's an excitement involved in witnessing an artist grow with the impressive pace that Wolfe has grown, but there's also the fear of the unknown to contend with.

I should’ve known better than to worry, though, because album number six, Hiss Spun, is yet another great entry into an already impressive body of work.

As is the norm with Wolfe, Hiss Spun sees her changing her approach up once again. Here we find her dispensing with much of the industrial and electronic influence that was such an integral fixture of 2015's excellent Abyss (though it hasn’t been entirely abandoned, it should be noted), and in its place she has offered up a vast array of disparate sounds (the most surprising of which is a heavy, almost grungy alternative rock) which are all underpinned by her long-running dedication to the sounds of dark and gloomy Gothic rock and folk.

If I had to come up with a single adjective to describe the feeling that Hiss Spun gives me, it would be confidence. Wolfe’s unease with attention in the live space during her early years of performing is well documented, and if we were to view each of her albums as a series of progressive steps towards a state of self-assuredness as an artist, then I think you could make a reasonable case that Hiss Spun marks the completion of that journey. This isn't to suggest that 2013's Pain is Beauty or 2015's Abyss were somehow demonstrative of any awkwardness or shyness at all, but is rather intended to highlight that there’s a certain something that shines through on Hiss Spun that either hasn’t been present or that I just haven’t noticed in the past.

For me, Wolfe’s at her best when she’s both fully ensconced in the darkness that exists at the heart of her material and when she is also its focal point, and while the entirety of Hiss Spun retains the long-running darkness (especially lyrically), the relatively upbeat and driving nature of opening tracks "Spun" and "16 Psyche" caught me quite off guard and have taken a little bit of time to adjust to. It may be a silly observation to admit to, but these two tracks represent the first time that I've really thought of Chelsea Wolfe the band as opposed to Chelsea Wolfe the artist. Of course these larger and more bombastic moments are more than balanced by plenty of 'Chelsea Wolfe the artist' moments ("Two Spirit", "The Culling", "Welt", "Twin Fawn" etc), but the sense that there’s a more significant growth going on here is hard to ignore and I’m not entirely sure what to make of it just yet.

After a couple of weeks with Hiss Spun, I don’t think I'm prepared to call it a stronger release than the brilliant Abyss - and I may never be - but I can say without a doubt that it is yet another strong release with very few genuine faults, and none are worthy of mentioning. I think where it places for you will come down to which aspects of Wolfe’s sound resonate with you the most and how open you are to change. If you’re a fan of Chelsea Wolfe and have read this far, then this will likely come as no surprise to you at all.