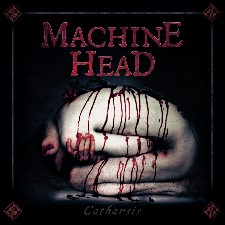 I have been a die hard Machine Head fan since I stumbled across Burn My Eyes in January 1997. Now, just because my all time favourite band releases a new record, this does not mean it is automatically a faultless masterpiece. Ever since The More Things Change, I have realised you can’t just expect every new record to immediately grab you and sink its hooks in like their classic debut. You can’t just jump to conclusions either. You must allow yourself to absorb what you’re hearing over repeated listens before forming your own opinion and not jump straight on the negative bandwagon that infects social media like a plague.

Machine Head have made a career out of never making the same record twice. While I do consider The Blackening to be their high water mark (a faultless masterpiece?), its predecessors and more importantly successors do have their flaws. Unto the Locust boasted some of Machine Head's most blistering, heavy and extreme material still to date such as “I Am Hell”, but overall the record felt somewhat rushed or incomplete. Bloodstone & Diamonds is still on heavy rotation in my household but does suffer due to its length. It could have ended almost perfectly with “Game Over”.

In 2018 Machine Head have just released their ninth record, Catharsis, which has no doubt polarised their fanbase. But honestly, when does that ever not happen? While no previous record sounds directly like Catharsis, you can’t deny that Catharsis sounds like every single previous Machine Head record, and then some. The vicious opener “Volatile” is by far their most immediate and direct opener in well forever, but don’t let it mislead you for what is to come as the title track signals melody is king but so is crushing heavy grooves amongst several other new tricks.

For me personally, the bastardized combination of The Burning Red/Supercharger lyrical and vocal stylings crossed with the crushing weight of The More Things Change on “California Bleeding” and “Triple Beam” are highlights. Let the mud slinging fly regarding the lyrics and rapping on the latter as Robb Flynn recounts his past as a speed dealer pre-Machine Head that is delivered with such venomous and harrowing conviction. Any Machine Head fan worth their salt knows Robb has incorporated elements of hip hop and rapping since Burn My Eyes. Just look at those early videos, their image and listen to the verses of “A Thousand Lies”.

The eye brow raising “Bastards” is essentially a political folk punk song and while it is very difficult to ever consider this a Machine Head song in the true sense, it is actually pretty damn good after giving it the time it deserves. It does interupt the flow of the record to some degree, as can what is essentially a first for the band, the almost all acoustic number "Behind a Mask". But, they're both strong and emotional fueled songs that I am very keen to hear in the live environment.

“Heavy Lies the Crown” spins its tail of Louis "The Spider King" XI and builds into a vicious, blistering thrashy 9 minute epic of savagery, it is a prime example of latter day Machine Head. This could have easily closed Unto the Locust but more importantly it should have solidified the end of Catharsis. Unfortunately, another four songs of rather mediocre music and lyrical quality are still to come, adding no value or listening pleasure. I personally feel that Machine Head have forgotten how to successfully bring their records to a close in recent times when compared to the placement of classics such as “Block”, “Descend the Shades of Night” and “A Farewell to Arms”.

Furthermore, what I struggle to understand is with how vocal Robb has been with it being difficult to reach people in this day and age, why choose to release a record of 15 songs at 75 minutes? It could have been 55 minutes. Is this the album Machine Head needed to make in 2018? I’ll be damned if I know; only they can answer that question. However, they did not write and record this for me, for you or anyone but themselves. This is an amalgamation of their entire career full of shorter, sharper, more direct and more melodic songs but with tons of heaviness and groove with enough classic throwbacks to surely satisfy fans of all eras of the band. For the most part, this fan is included.