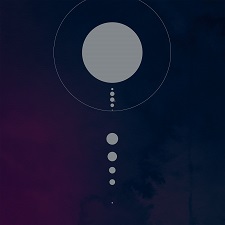 Even though I wouldn’t really consider myself to be a fan of progressive metal generally, I have enjoyed my share of TesseracT’s material over the years, and especially so their second full length album, 2013’s Altered State. I felt that things took a bit of a creative dip for TesseracT on 2015’s Polaris, which was a solid enough album that ultimately fell short of the mark for me because it was content to be a rather risk-averse affair. Unfortunately, album number four, Sonder, has seen fit to make some similar mistakes.

Compared to the three other full-length releases in TesseracT’s discography, Sonder is relatively compact with a running time of just over 36-minutes. Ordinarily I would find this to be hardly worth batting an eyelid at, but as you make your way through the album and realise how much of the 36-minutes is padded out with intros, or in the case of "Orbital" which serves as an interlude of sorts, it’s hard not to raise an eyebrow at how little meat there actually is on Sonder’s bones.

I’ll admit that it’s perhaps a little uncharitable to characterise what is clearly meant to be a kind of atmospheric glue as padding, but I think it comes down to a question of what the purpose of said glue actually is and how effective it is at achieving said purpose. Taking Altered State as an example, that was an album that had a clear and articulated vision throughout its 50-minutes, and while it didn’t always work for me, the interplay between atmosphere and the album’s heavier moments always made thematic sense on both a micro and macro scale. Contrasting that experience with Sonder, I found an album that doesn’t seem to know exactly what it wants to do with the building blocks in front of it at the macro level and winds up with an arrangement of pieces that fit together with varying degrees of cohesion.

Had the song-writing on Sonder been stronger and more adventurous than it is, then I think my qualms about it being a rather anaemic album would have been quelled to an extent. Unfortunately, there just isn’t all that much to get excited about here, though there are admittedly some positives to be found. "King" and "Smile" are both really good songs in their own right with vocalist Daniel Tompkins also showing off his diversity in both tracks with a brilliant wail halfway through the latter and an effective scream during the former. Elsewhere, I found that highlights were harder to come by and often arrived as a riff here, such as the intro to "Juno", or a hook there, such as some specific vocal lines during "Mirror Image" and "Luminary". These are all good moments to be sure, but moments are ultimately all that they are.

I’ve been hard on Sonder and clearly didn’t get as much out of it as I would have liked to, but I don’t think it’s a bad album per sé - it’s just a decidedly average one for the most part. TesseracT have a lot of positive qualities at their disposal and there are times throughout Sonder when the stars align and the band is able to capitalise on them and produce something great. Unfortunately, though, far too often what the band has produced is a retreading of very predictable and well-worn genre tropes that is then, by extension, both rather dull and largely forgettable.