I Loved You at Your Darkest 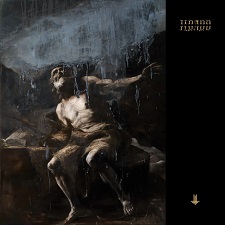 As far back as 2004’s Demigod (if not 1999’s Satanica), Poland’s Behemoth has been on a steep upward trajectory both with respect to the quality of their albums and the recognition they have rightly earned because of it.

Though I’ll admit to not being anywhere near as engaged with Behemoth over the past few years as I once was, they are still a band that are big enough and worthy enough of paying attention to whenever they release something new, so when the lead single, "God = Dog" from album number 11, I Loved You at Your Darkest, landed, I suspect I wouldn’t be alone in saying that my reaction was a furrowed brow. Behemoth have never been shy in expressing their anti-religious sentiment, but this just came across like a cheap and lazy caricature of everything they'd cultivated up until that point - a juvenile attempt at a profound and provocative statement unbefitting their reputation.

Clearly a poorly chosen song title alone can’t sink an album, but there are certainly other things that can, and in the case of I Loved You at Your Darkest, what lets it down the most is that it’s an uncharacteristically pedestrian outing.

It's clear to me that, at least somewhere in its formulation, I Loved You at Your Darkest was envisioned to be a grand and epic affair. This isn't just because of the utilisation of the 17-piece Polish orchestra or the choral accompaniments, either; there's an underlying sense of aspiration and scale threatening to burst forth from the majority of the compositions here. The problem is that rarely, if ever, do said compositions manage to live up to their goals or their promise.

It's not that any of these songs are bad, per se, but rather that they just kind of blow by without leaving much of a mark, which is something that can rarely be said of contemporary Behemoth. There's a kind of duality at play where one side of the equation seems to be an attempt to push the band's sound forward while the other side is looking backward and hunkering down into safe and, to be blunt, pretty predictable territory. It makes for a somewhat confused listening experience that, while admittedly isn't unpleasant, also isn't something that I can say I've derived much unqualified pleasure out of over the past few weeks.

Perhaps it's simply the case that Behemoth are the victims of their own success over the past two decades or so which has left what is otherwise a totally OK album feeling a little small and uneventful in comparison to their better work. The band has given us countless reasons to expect great things over the years, so it's entirely possible that anything that falls a little short will be felt rather keenly.

Despite not getting all that much out of I Loved You at Your Darkest, the silver lining I'm choosing to take away from it is that it was an ambitious experiment that didn't end up paying off. Assuming that is the case here, then not only do I respect the attempt but I also hope Behemoth continue to push themselves in the future. After all, the last thing anyone needs is yet another veteran band coasting through their later years in a holding pattern.