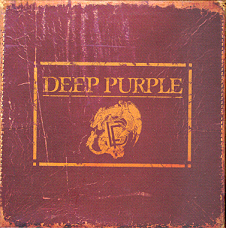 Complete for the completists

Deep Purple continues to keep fans happy (As well as busy following the release of the band's new studio album in 2005's Rapture Of The Deep and the long overdue D.V.D. release of Live In California 74) with the release of yet another live concert set from their past. Although having been released in a severely edited form as the disappointing Come Hell Or High Water C.D./D.V.D. sets back in 1994, fans have long hoped the two concerts that made up the live album would eventually see the light of day in complete unedited form, and finally their wishes have been met with the release of the lavish four disc box set Live In Europe, 1993. Recorded on Deep Purple's twenty-fifth anniversary tour (While out in support of The Battle Rages On...) on two separate nights, Live In Europe, 1993 captures the classic MKII line up (Vocalist Ian Gillan, guitarist Ritchie Blackmore, bassist Roger Glover, keyboardist Jon Lord and drummer Ian Paice) in fine form over two complete shows just prior to Blackmore's final departure from the band.

The first two discs take in the band's performance on 16th October 1993 in Hans-Martin-Schleyer-Halle in Stuttgart (Germany), which is nothing short of stunning, and was for the most part was fuelled as direct result of the fighting within the band at the time. From the classic hits (Highway Star, Black Night, Perfect Strangers, Child In Time, Space Truckin, Woman From Tokyo, Hush and Smoke On The Water), the tracks from the band's most recent album The Battle Rages On... (Talk About Love, A Twist In The Tale, Anya and The Battle Rages On) right through to the obscure gems (The rarely performed Anyone's Daughter and The Mule from 1971's Fireball and a cover of The Rolling Stones' Paint It Black), the Stuttgart show is testament to Deep Purple's reputation as live act.

Due to the strength of the German show, the second set as part of this box set (Recorded on 9th November 1993 at the NEC in Birmingham, U.K.) is good, but not quite as strong. The lengthy introduction of Highway Star is noted more for Lord's ability to fill in for the absent Blackmore (Who refused to take the stage until a camera man was removed from the side of the stage), who only appears at the solo some six minutes into the song. Although Blackmore does manage to redeem himself in places, it's obvious that he rarely excels himself like the previous set, that is however until the extended introduction to the closer Smoke On The Water. That's not to say that Blackmore should take the bulk of the blame either, as Gillan himself stumbles in both Paint It Black and Hush when he forgets the lyrics (But recovers with a little help from the crowd).

Overall, the sound of both of the recordings is crystal clear, with only the lack of guitar in the mix being the only complaint to be found. As mentioned before, Live In Europe, 1993 is packaged beautifully in a stunning box, which includes an informative book (With liner notes written by Jerry Bloom) and the C.D.'s in dual digipaks.

If you're unfamiliar with Deep Purple's live works from the mid '90's period, then perhaps Come Hell Or High Water might be a better introduction. However, if you happen to own the said album, and have always been frustrated by the editing and general lacking found in it's track listing, then pick up Live In Europe, 1993 for the complete and unedited shows, even if only for the classic Stuttgart set.