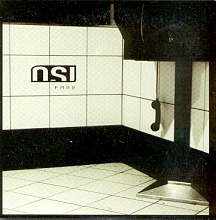 Following on from their amazing debut Office Of Strategic Influence in 2003, O.S.I. return with their sophomore effort Free. And while Free takes a different path set by their debut, it's no less rewarding for those with a little patience. Principally put together by founding members Kevin Moore (ex-Dream Theater/Fates Warning/Chroma Key, who performs vocals, keyboards and programming) and Jim Matheos (Fates Warning, who provides guitars, keyboards and programming) and only featuring contributions from bassist Joey Vera (Fates Warning/Armored Saint/Engine, and who replaces Sean Malone) and drummer Mike Portnoy (Dream Theater), Free is a far more keyboard orientated affair than their debut, and easily comparable to Moore's solo output (Chroma Key in particular), but with a greater guitar presence.

Both Sure You Will and the title track Free are the heaviest selections on the album. The former is driven with Vera's dominant bottom end lines, Matheos simple heavy chords and plenty of looped percussion effects over Moore's anthem like chorus, while the latter is noted for Matheos' Fates Warning like riff and Portnoy's reserved and solid performance (Which is a trait heard throughout the album). The acoustic based Go is a moody and melodic piece that centres itself around Moore's captivating monotone vocal delivery and some warped/out of key keyboard effects, while All Gone Now, Better and the percussive driven Bigger Wave marks a return of the heavier guitars, but with an added sense of atmospherics as both Moore's vocals and keyboards don't get lost and gel within Matheos' heavy riffing.

Home Was Good is very much a Moore inspired piece with gentle acoustic guitar barely heard in amongst the heavily filtered keyboard soundtrack and Moore's typically emotive and haunting vocal lines, while the bass heavy Kicking gives the song a weighty edge, with Moore supplementing the lack of guitars with a variety of keyboard sounds. The first half of Simple Life is classic Chroma Key material before Matheos interjects some twisted riffs and some tasteful laid back lead work (Which is almost blues like), while Once follows the same path as the former, with Moore's vocals constantly turning over in mantra like fashion, with the songs title being the key central ingredient.

The big surprise to most will be the albums final number Our Town. Stripped of everything but acoustic guitar, Moore's vocals and the smallest amount of electric in the solo, the country tinged tune is peaceful parting piece that is anything unlike O.S.I. have attempted before, but stunning in its simplicity and directness.

Unlike Office Of Strategic Influence, Free does take time to get used to with its concise song structures (Less experimentation and shorter lengths), lack of progressive elements (Portnoy and Matheos seem to blend more into the background) and a greater influence of Moore's past and Matheos' present. But if you're willing to give the album time, you'll soon find the subtle complexities beneath the surface of Free.